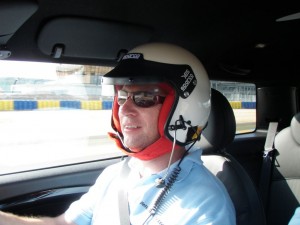 Denis is co director and founder of Delta Racing Limited. Denis has his own accountancy practice (sorts out all the bills) and being fluent in the French language, is responsible for booking the circuits and hotels. Den’s love of motorsport has seen him competing over the years in hillclimbs, sprints, beach racing and rallies mainly in Jersey and France. His collection of competition cars has included a Lotus Twin Cam powered Westfield, Lancia Delta Integrale and a Group A Vauxhall Astra . Now takes to the track in his Mini John Cooper Works or his newly acquired Lotus Exige 260 Cup, having moth-balled his Porsche 993 Carrera 4. Has staying power in the bar and with his language skills finds out all the local gossip!! 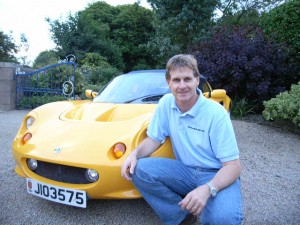 Stewart a local estate agent is the other half of Delta Racing Limited and co director with Denis. He organises the events, the bookings, and promotes the events. On the day he takes control of running and conducts the pre event driver briefings. With a wealth of motorsport experience he first started competing at the age of 17 now some 40 odd years later has competed in rallies, hill climbs,sprints,beach racing and car trials in such diverse cars as Anglias, Cortinas,Hillman Imps, Minis, Honda CRX,Toyota Corolla, Westfield, Seat Ibiza and 4 wheel steered Honda Prelude ! He has had most success in Mk 1 Escorts and latterly to his 2 litre Mk 2 Escort which he campaigned for 15 years in Jersey, UK and France both on hillclimbs and tarmac rallies. Also a qualified mechanic has run private rally teams on world championship rallies in Portugal, Finland, Greece and umpteen RAC/Network Q rallies. Although not a qualified instructor more than willing to give on circuit guidance and tips or passenger rides in his Lotus Elise.

Keen all round sportsman represented Jersey at rugby, addicted skier, very average golfer and has a basic command of the French language which improves with alcohol and conducts the post diner awards!!!

Justin aka ‘Chester’ who is account manager for Jersey Telecoms is another regular invaluable member of the Delta Racing Team who has a lot of practical knowledge and always willing to help out. With many years attending track days he has a wealth of experience, although not an instructor is more than willing to guide any novice drivers around the circuit. Integral part of after diner awards team – be aware!! Always one of the last to bed so if you fancy a late drink (after the track day) Chester is more than willing to keep you company!!!! 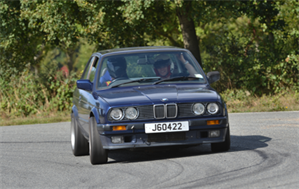 Peter is part or our recovery and marshalling team and valuable person to have around. A trained marine engineer who now works for the Jersey Electricity Company. With his mechanical knowledge he’s a dab hand at putting broken down vehicles back on track. A well travelled man Pete’s main love is the sea being a keen surfer having conquered many of the worlds surfing hotspots, plus when time and money allows he takes to the ski slopes on his board.

These 2 sports may have something to do with unquestionable car control in his ever so spectacular E30 BMW 5.0 V8(turbo now added ). If you ever want to know how to drive/drift a car sideways around a circuit Pete is more than willing to take anyone who fancies it for a slide. Nothing gets him more excited than a bit of moisture on the track or in the bar after the track day!!!